Cancer cells are well-known as voracious energy consumers, but even veteran cancer-metabolism researcher Deepak Nagrath was surprised by their latest exploit: Experiments in his lab at Rice University show that some cancer cells get 30-60 percent of their fuel from eating their neighbors’ “words.”

“Our original hypothesis was that cancer cells were modifying their metabolism based on communications they were receiving from cells in the microenvironment near the tumor,” said Nagrath, assistant professor of chemical and biomolecular engineering and of bioengineering at Rice and co-author of a new study describing the research in the open-access journal eLife. “None of us expected to find that they were converting the signals directly into energy.”

The results were part of a four-year study by Nagrath, his students and collaborators at the University of Texas MD Anderson Cancer Center and other institutions about the role of exosomes in cancer metabolism. Exosomes are tiny packets of proteins, microRNA and nucleic acids that cells emit into their environment to both communicate with neighboring cells and influence their behavior. Nagrath, who directs Rice’s Laboratory for Systems Biology of Human Diseases, found that some cancer cells are capable of using these information packets as a source of energy to fuel tumor growth.

The specific combination of the drugs dasatinib and demcizumab impairs the growth of KRAS-driven lung tumours, the most aggressive sub-type and with the lowest survival rates

The research was conducted on mouse models and samples of human tumours. The experts are confident they can soon start clinical trials which will make it possible to transfer the discoveries to cancer patients

This combination of drugs could represent a new therapy directed against these tumours, which are currently treated with the standard cisplatin-based therapy. 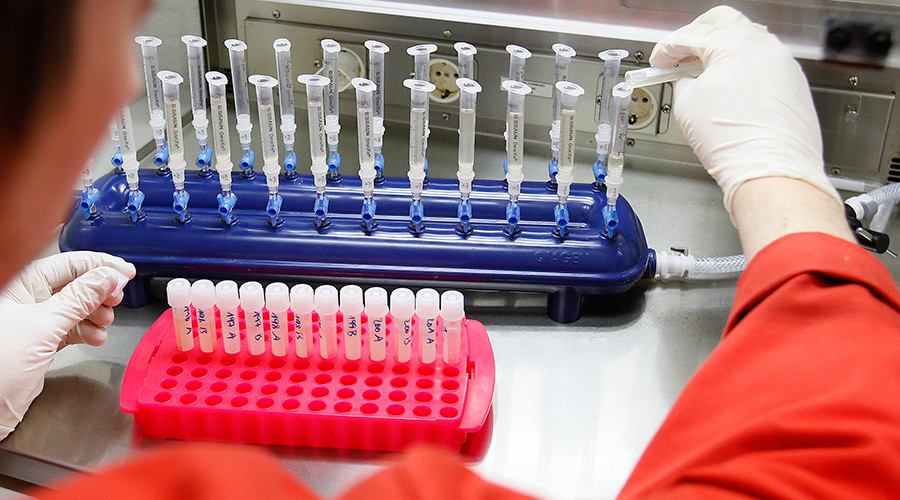 © Pascal Lauener / Reuters
Cancer patients are finally catching a break, as Australian researchers have tested a miracle drug that leads to big improvement in a majority of cases, and total recovery in some. The drug targets a specific protein that helps cancer cells survive.

The Melbourne-based trial took place over four years and tested 116 patients. It was shown by researchers at the Royal Melbourne Hospital and Peter MacCallum Cancer Centre that the drug Venetoclax can greatly reduce cancer blood cells.

Positive results were seen in 79 percent of cases involving patients suffering from chronic lymphocytic leukemia. Some patients who had previously undergone treatment were left as good as new after agreeing to the new pill trials.

This is indeed historic news, as it marks the first trial of a medicine that is the result of three decades of research. "Here we are a bit under 30 years later in collaboration with WEHI and pharmaceutical companies here and in the US having proved that's achievable," head of haemotology, Professor John Seymour, told the Sydney Morning Herald.

To Stop Cancer’s Spread, Take Out its Communication Channels

Metastasis – or the spread of cancer from one part of the body to other parts – accounts for more than 90 percent of cancer-related deaths. Although the cells that seed metastasis and the sites that they tend to travel to have been increasingly studied over the years, little has been known about how cancer migrates from a primary site, such as breast tissue, to a secondary site, such as the brain or bone marrow. A study by researchers from Brigham and Women’s Hospital (BWH), published in Nature Communications, offers a new view of how cancer cells extend their reach, co-opting and transforming normal cells through “metastatic hijacking.” The researchers also find that in pre-clinical models, pharmacological intervention can prevent this hijacking from occurring, pointing to new therapeutic targets for preventing cancer cells from spreading.

“Metastasis remains a final frontier in the search for a cure for cancer,” said Shiladitya Sengupta, MS, PhD, of BWH’s Bioengineering Division in the Department of Medicine and corresponding author of the study. “For the past five years we have studied how cancer travels to other parts of the body, and what we find is that communication is key.”